a letter to Hurricane Irene... 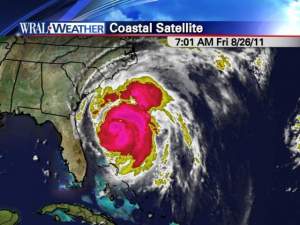 You know Hurricane Irene, I always heard you catch more flies-- or is it bees with honey? Anyway, you are more likely to get your way when you are nice and pleasant with others; certainly not by creating enormous waves that cause beach erosion to our lovely coastlines. And while we are discussing your outcomes, how about those anticipated downed tree and power lines that will most likely wreak havoc to numerous communities? Just as important Irene, the flooding that may occur as a result of your insidious winds and rains? Is that really what you want? If I were you, I may re-think my behavior at this point in time before it’s too late.

You DO have worthy and valid reasons to be angry--we humans don’t treat planet Earth very respectively. I do understand that because numerous times when I’m really pissed at the world, I desire a good old-fashioned explosive thunderstorm that projects and conveys my feelings of humanity by lashing out with fierceness and intensity. However, I must admit when I long for a tumultuous cloudburst, it doesn’t ruin property OR anyone’s vacation.

You see, that is what I am most furious with. Call me selfish but our vacation at the beach is a time when we get to eliminate worries and struggles of everyday life and just be…be with our family where the peaceful waves and vast beauty invites calm and serenity within. The ocean has a way of settling our insides and brings forth peace of mind to our psyches while encouraging full presence to our surroundings.

Irene, the infinite sands and sea incites refuge from the hustle and bustle of our daily routines and provokes inner harmony with our God and each other. So please understand, this is more than a vacation; it is sanctity.

So in closing Irene, I just felt a need to relay these thoughts to you. If you find it necessary to invoke such fury, please take it out east and release your troubles elsewhere.

Dismissed, but not Unscathed... 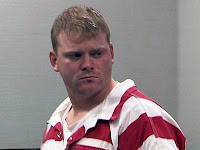 Thursday I returned to work as the judge instructed me.


The jury duty summons was tucked in my calendar as a daily reminder to call August 14th to see how my civic duty would materialize. Sure enough, Juror # 78 would need to report on Monday. Although uncertain of the specifics, I was confident and assured as I entered the jury room with 355 strangers. Orientation promptly began and the jury selection process was set in motion. I, along with approximately 70 unknown humans was corralled into a court room.

Upon taking my seat in the juror’s box, I eyed two sets of attorneys before my eyes settled upon a man with strawberry blonde military type haircut, black rimmed rectangular glasses wearing a blue short sleeved button down shirt. He sat attentive flanked by his legal representation while an elderly couple which I presumed to be his parents sat in the first row of the court gallery.

Behind the second set of attorneys was a young woman whom I now know to be the mother of the infant murdered. How she sat in his presence, I will never know.

The excitement of being able to actually hear a trial quickly dissipated when the Honorable Judge laid out the specifics of our case: a capital murder charge with childhood sexual abuse was being sought against Joshua Stepp. I’m certain my mouth visibly dropped to the floor as past memories settled into my body bringing anxiety in the form of nausea.

Because of the nature of the case, we would be individually questioned which gave rise to abrupt and rapid anger within manifesting itself in fitful sleepless nights, the inability to eat, and impatience of all those around me along my need to articulate this experience to everyone I encountered. There was no ‘normal’ as I endured the three days of torturous waiting for my face to face inquiry with the judge.

The 45 minute meeting happened early Wednesday afternoon as my views and beliefs of the death penalty were sprawled out before the people within the court room. I was asked of my ability to focus on the evidence of the case rather than what I may or may not have heard about this particular case that occurred in 2009. I was grilled on following the law given by the judge and not personal judgments as well as my ability to give up 4-6 weeks of my life. (ohhh, not certain of this one; my trip to the ocean in jeaopardy?)

I was sensing I may be anointed ‘juror’ as alternate #3 when the interrogations shifted to the childhood sexual abuse. His initial question: ‘Have you or anyone close to you been sexually abused?’ to which I could only reply with a nod of the head, then instructed to speak into the microphone.

I was quickly dismissed when the judge inquired about my ability to separate the facts of this case with my own personal experiences. Is that actually possible? I couldn’t give a definitive answer. In my heart of hearts I really didn’t know of my ability with this aspect.

I completed the necessary forms for check out and rapidly took cover in the sanctity of my automobile. Once there, I got on the internet and surfed the name: Joshua Stepp which brought up his case of accusations of sexually assaulting and murdering his ten month old step-daughter, Cheyenne. I repressed the urge to vomit yet couldn’t escape the horrendous facts throughout the drive to the safety and security of my own home.

Overjoyed and thankful, yet repulsed; this case continues to plague my existence. So as the judge directed, I may be continuing with my normal routine yet little Cheyenne Yarley is never far from my thoughts.