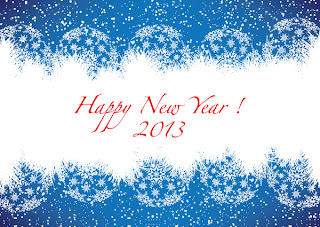 
As characteristic, you began that dark evening at the stroke of midnight with such hope and promise as all new beginnings do; we clung to it as that of a child with a security blanket.

I imagine we were all attempting to prevail over the tragedies of 2011; the Penn State scandal, the assassination attempt on Gabby Giffords that ultimately killed 6 and wounded a dozen others and the deadliest tornadoes in the southern United States that killed hundreds. We were repeatedly disillusioned with our government with rising gas prices and our involvement in foreign issues that took billions of U.S. monies from the citizens in our own backyard to name a few.

But alas, the year was closing and the eagerness to embark upon you, 2012 came with exuberance and excitement. Fair or not, we placed on your commencement immense anticipation of transporting responses to our prayers and cheerful progressions to our dreams.

With the passing of 365 days however, I am NOT filled with hope as I desired, but rather disappointment and despair in our world. Those feelings also were encompassed by family and friends. Many have buried loved ones and struggle daily with loss and depression. Jobs have been lost but not a hint to replace- unemployment checks vanished as our government would rather engage in recreation than resolve problems.

Our paychecks are smaller as a result of exorbitant tax rates and expanding insurance costs (although most can’t afford to even undergo medical procedures without amassing major debt) yet the cost of goods continue to mount. Our world’s anger is evident as growing violence and mass killings occur that bewilder and perplex.

So 2012, your time has come to an end and our faith and optimism is now placed upon 2013. Like my loved ones, obscured deep within is the undying optimist that my world-OUR world will ring in the New Year and suddenly the obstacles will be addressed and diminished.

However, I have misplaced that childish belief that a fresh number will carry with it new-fangled ideals, but I do take comfort in these words: Never let go of hope. One day you will see that it has all come together. What you have always wished for has finally come to be. You will look back and laugh at what has passed and you will ask yourself; how did I ever get through all of that?